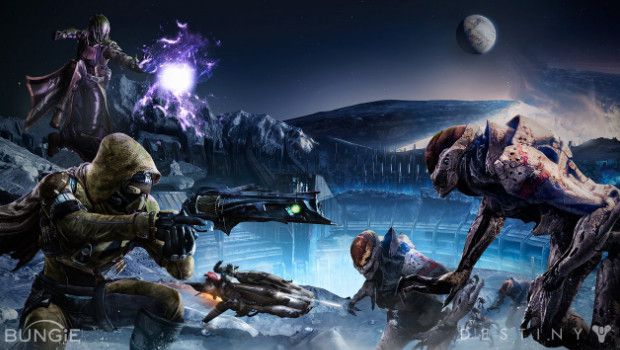 Added a new social feature that enables users to access a channel for Team Chat
Matchmade teammates will now be able to talk to each other in Strikes and team-based Crucible matches
To learn more about how to toggle between chat channels, click here

Reduced camera shake when being hit with explosive rounds

Clown Cartridge: Replaced Clown Cartridge perk with other perks in shotgun upgrade trees
Headseeker: Fixed an issue in which the bonus Precision Damage perk did not always get applied

Buried City: Fixed an exploit in Mars that would clear all enemies from Clovis Bray

Players must now be level 20 and above to lead an Iron Banner Fireteam
Players below Level 20 can only accompany players above Level 20
Lord Saladin now has 5 reputation ranks (increased from 3)
New Features Added: Tempered Buff, Reforging
For more detailed information, click here

Implemented multiple fixes to stop players from getting into advantageous positions

Multiple fixes implemented to stop players from getting into advantageous positions, especially the giant hose reel near Control Zone A
Fixed an issue with visibility culling behind Control Zone A

Adjusted landing points to keep players from fighting too soon in Rumble matches
Added protections to prevent players from getting into unintended areas, for example, atop the security camera at Control Zone C
Added geometry to fill in small gaps that let players see out of the world

Fixed an issue in which cursor speed in 4:3 and PAL was not consistent