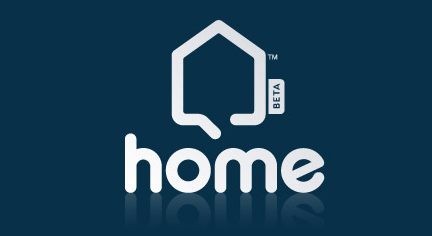 Welcome to our run through of the improvements and additions in the latest version that we intend to make available to everyone when the Open Beta starts in the coming weeks.

Home Beta 1.0 is aimed at delivering a stable base upon which to build the service over the coming months and years and so please remember that this is not a game and it is not a launch, this is a start of a journey.

Last night v1.0 went live in the beta and our existing testers are now up and running with it.

If you are lucky enough to get an invitation then please note there will be load test event on each of the two evenings.

For everyone else Open Beta will not be far behind.

On with the Patch Notes:

Installation and the first visit

Something else new to those logging in for the first time is our simple, interactive tutorial. This introduces many of the core aspects of Home and is available whilst in your apartment. If you want to go through the tutorial again there is an option to reset it in the new Menu Pad

Home itself is not a game and is therefore not Age Rated as such. However each SCE Region will have its own Age Limit applied to it in accordance with the regional managements plans. SCEE’s Age Limit for Home will be 16 and over from the start of the Open Beta. The Age Limit on the Closed beta remains 18 and over.

Games within Home will be Age Rated however, and their Age Rating will be displayed and enforced where applicable with a new interface addition.

The vPSP has been replaced by our new Menu Pad. This has allowed us to reorganise the menus so you should find the presentation and flow of the options faster to navigate with key items being closer to hand.

Additionally now that the dilemma of potentially having two XMB’s in Home is solved by the removal of the vPSP we can now support In Game XMB throughout Home.

Following all of your feedback we have completely replaced the bad word filter with something far more adaptable, flexible and able to deal with languages in isolation from each other.

In the previous version the language groups within Europe were separated into their own areas with no navigation between them. We have now removed this and brought everyone back together. In the future we will be adding language based areas for SCEE customers and a means of navigating between them.

When you first visit a Space it will be downloaded to your PS3 but now you will be offered the choice of downloading it in the background. This can be used on multiple Spaces at the same time and when each download is complete a message will appear to let you know and to ask if you would like to go to that Space now.

Some of the old hands amongst the testers will remember the vPSP Menu option to travel between US, European and Japanese spaces that was removed in version 0.8.3 back in February. This just left the option to Go To a Friend in another region or Invite them to you. The usage of this over the last few months has allowed the Home management teams to gain experience in understanding the complexities involved in regional travel. Subjects like licensing and contracts, moderation, localisation and regional business direction all have to be considered. Therefore, on balance, we have taken the decision to limit Regional Travel to Personal Spaces and Clubhouses.

When you select Full Screen on something like a Video or a Poster it will now ensure you have a clear view by making anyone standing in the way invisible to you.

The information you see above someone’s Avatar has changed and you should find this much more useful now. For example if they are setting up a game launching session then the name of the game and how many other people are in the group will be displayed.

The Friends list has had a small change and now a small star will appear next to a Friends name if they are in the place in Home as you.

We have spent some time on the dances and you’ll find some of the old favourites a little better now. Whilst we have also removed a few we have added new dances and overall your dancing needs should be better catered for.

You will also find you are now able to sit on the floor just about anywhere you like; that option is under the “extra” menu available by pressing R1. Some emotes are available whilst seated on the floor.

The Marketplace is now called the Shopping Centre and you will find the shopping interface has been rebuilt and now closely resembles the PlayStation Store interface.

The Game Space has been renamed the Bowling Alley and many improvements have been made to games within it. Pool has been overhauled and now includes a strength gauge for your shots and bowling has had many changes made to it including full animations for players whilst bowling.

Some of the arcade games have been removed and some of those will return once they have been updated into our scripting language of choice, Lua. Two new games have arrived, echochrome and Ice breaker.

Although not placed within the Bowling Alley Draughts/Checkers has been rewritten in Lua and you should notice an improvement to its presentation as well as the addition of a spectator mode and a queuing system.

Both echochrome and Ice Breaker have our new system of Rewards applied to them. This is a means of giving Home items as rewards for activities, trophies and other accomplishments both within and outside of Home, right across the PlayStation Network.

The first proper list of Grief Types is now live and replaces the old list completely. These are the categories of Grief that you can report other users for from within the “Submit a Report” function. Further types will be added in the coming weeks.

Introducing our basic club support system within Home. Some facts on Clubs:
– A user can own 1 club
– But be a member of a total of 5 clubs, which includes any self owned club. So, own 1 club and be a member of 4 others or simply be a member of 5 clubs owned by other people
– Each club has 1 leader (the owner) and up to 4 sub-leaders
– A club can have up to 32 members
– Each club name is unique
– Search through clubs
– Send requests to join a Club and leaders can send invitations
– Clubs created in Closed Beta will be deleted when Open Beta starts

A Clubhouse is a personal space for the Club members to meet in and persists even with the owner/leader offline. The first active feature for Clubhouses is the bulletin Board where the leader and, optionally, the sub-leaders can leave announcements for the whole club to read. This is limited to four simultaneous announcements at the moment.